About two years ago, a friend talked me into doing 18th century with her. At first, I was not too thrilled of the idea. To me, 18th century was pastel colors and hair in piles of curls, neither being a favorite of mine. But as I had no other projects going at the moment, and since it seemed very fun to have a project together, I let myself be convinced. When I started looking into the period, it turned out to be not as bad as my initial feelings. Not bad at all! In fact, I soon wanted to make several different dresses.

But first, there was the underwear. Apparently I was not standard sized compared to the corset pattern, so I had to do a lot of adjusting to make it fit reasonably. It is boned with spring steel, and perhaps more heavy than I need. It is a bit ugly, and I could not convince myself to do the lining, but it will probably be used something like once a year, so I guess it will hold. I also made a very simple shift, entirely machine sewn from an old bed sheet. As I meant the costume to be later part of 18th century I also made a bum pad, after reading the excellent test of different variations of bum pads on demodecouture. 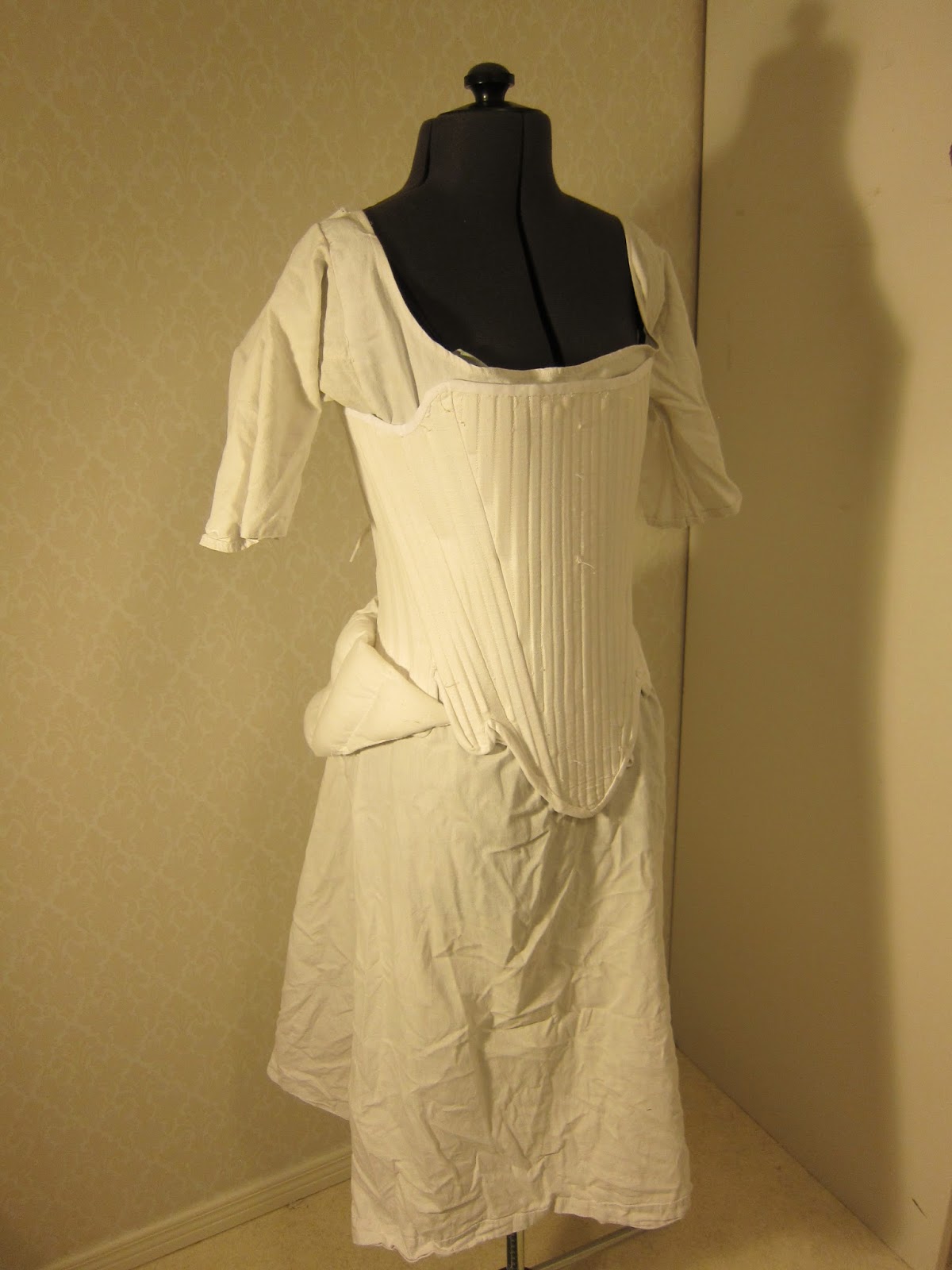 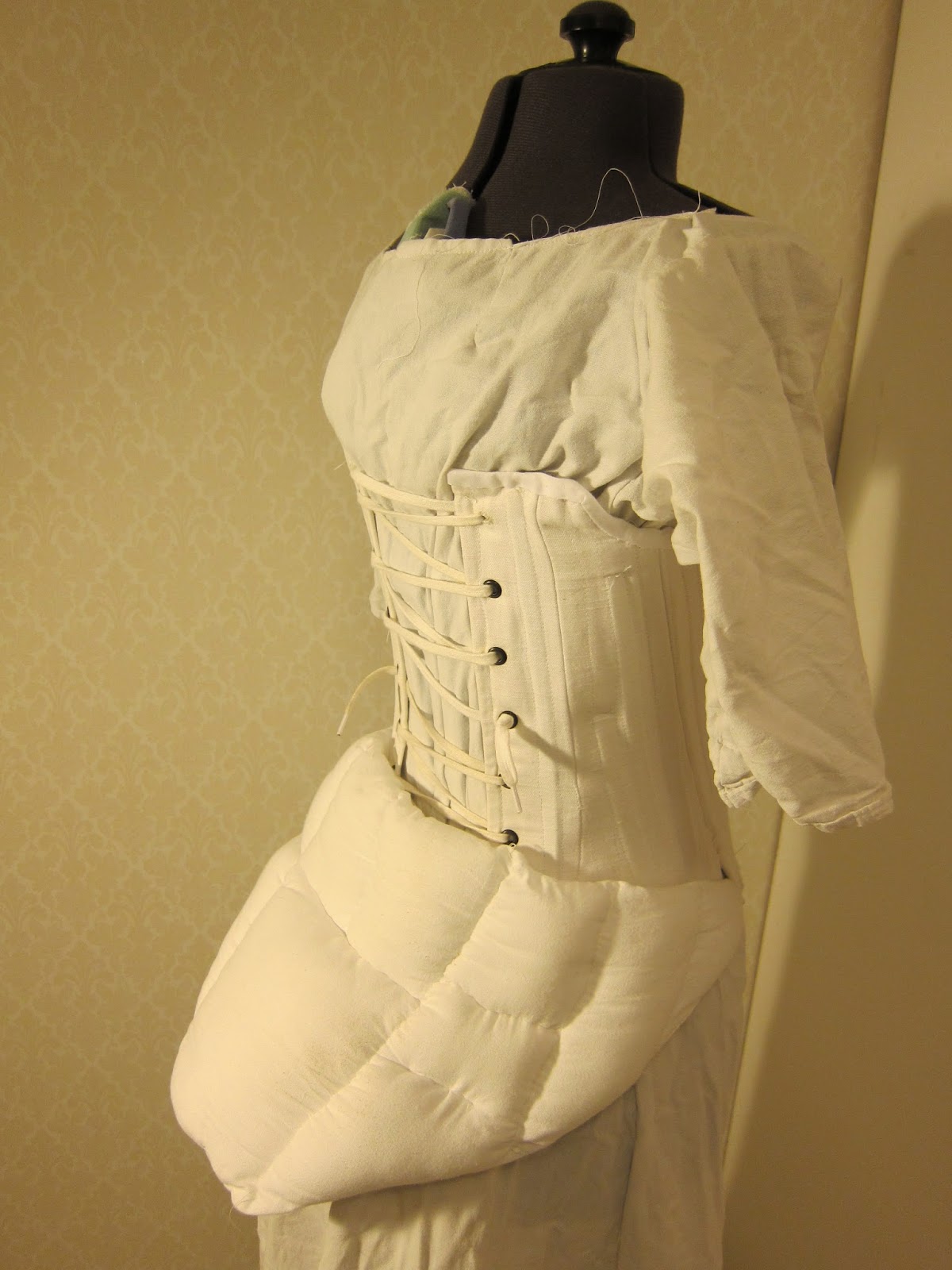 I also made a “quilted” under petticoat. The petticoat is made of a white bed spread I got for free several years ago and kept just in case I would ever get into 18th century and need an ugly quilted petticoat… It is not good to actually get use of these type of old hoardings- how can I ever stop buying nice-to-have fabrics if they prove to be useful from time to time? The fabric is very synthetic and not even quilted properly, rather the layers seems to have been glued or melted together. It gives lots of volume to the skirt thou. I guess it is a close relative to American Duchess' “ugly puffer” … This petticoat is not based on anything period, but I am mostly concerned with getting the proper siloutte for the outer wear, and this really gives volume. 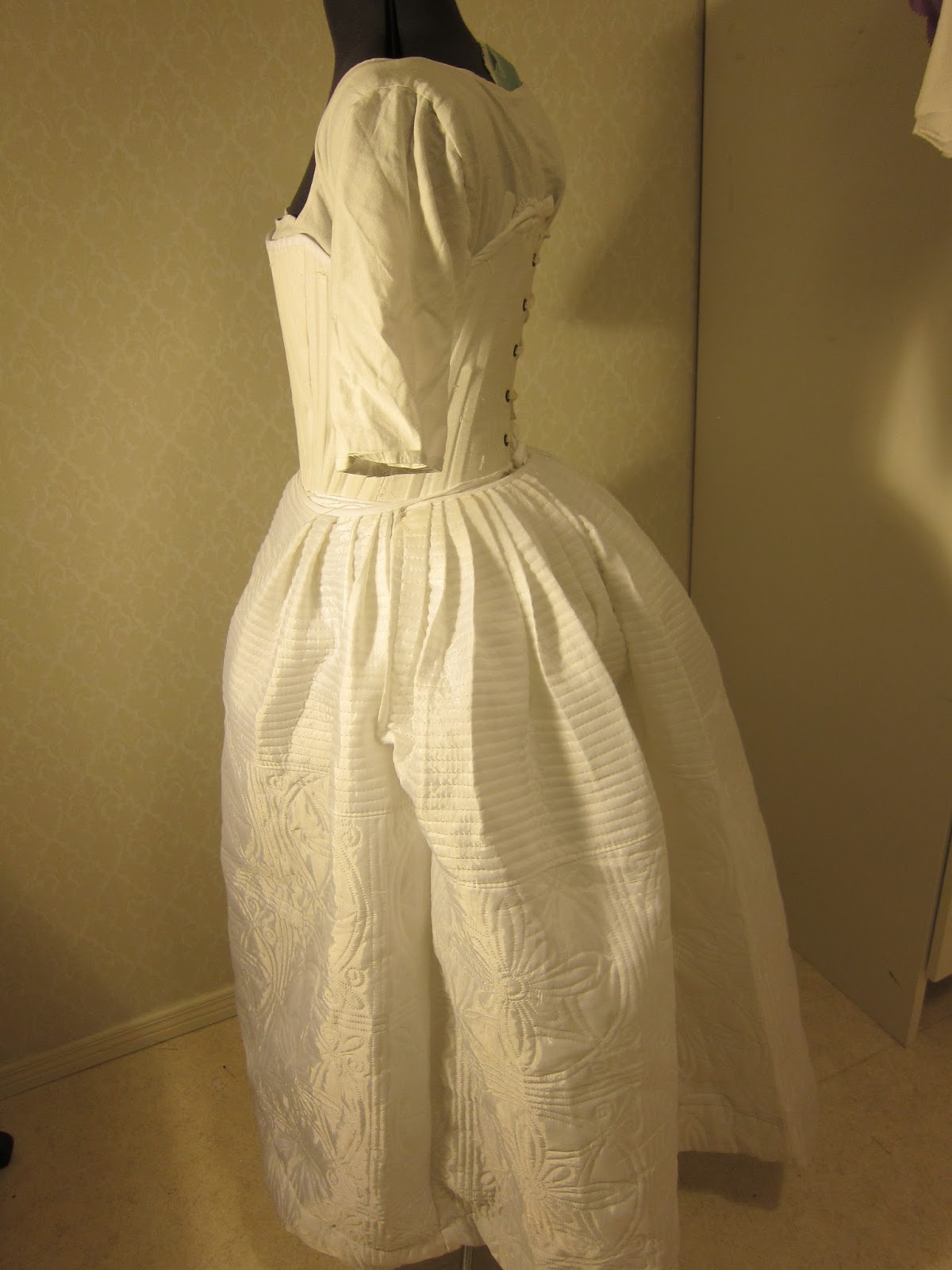 The pockets are made from an embroidered table cloth I got, that I pieced together and added a bit more embroidery to. The pattens is not perfect, but it is period to use non-matching strips of printed fabric to bind them, according to , so I used scraps from the caraco (which will be presented in next post). 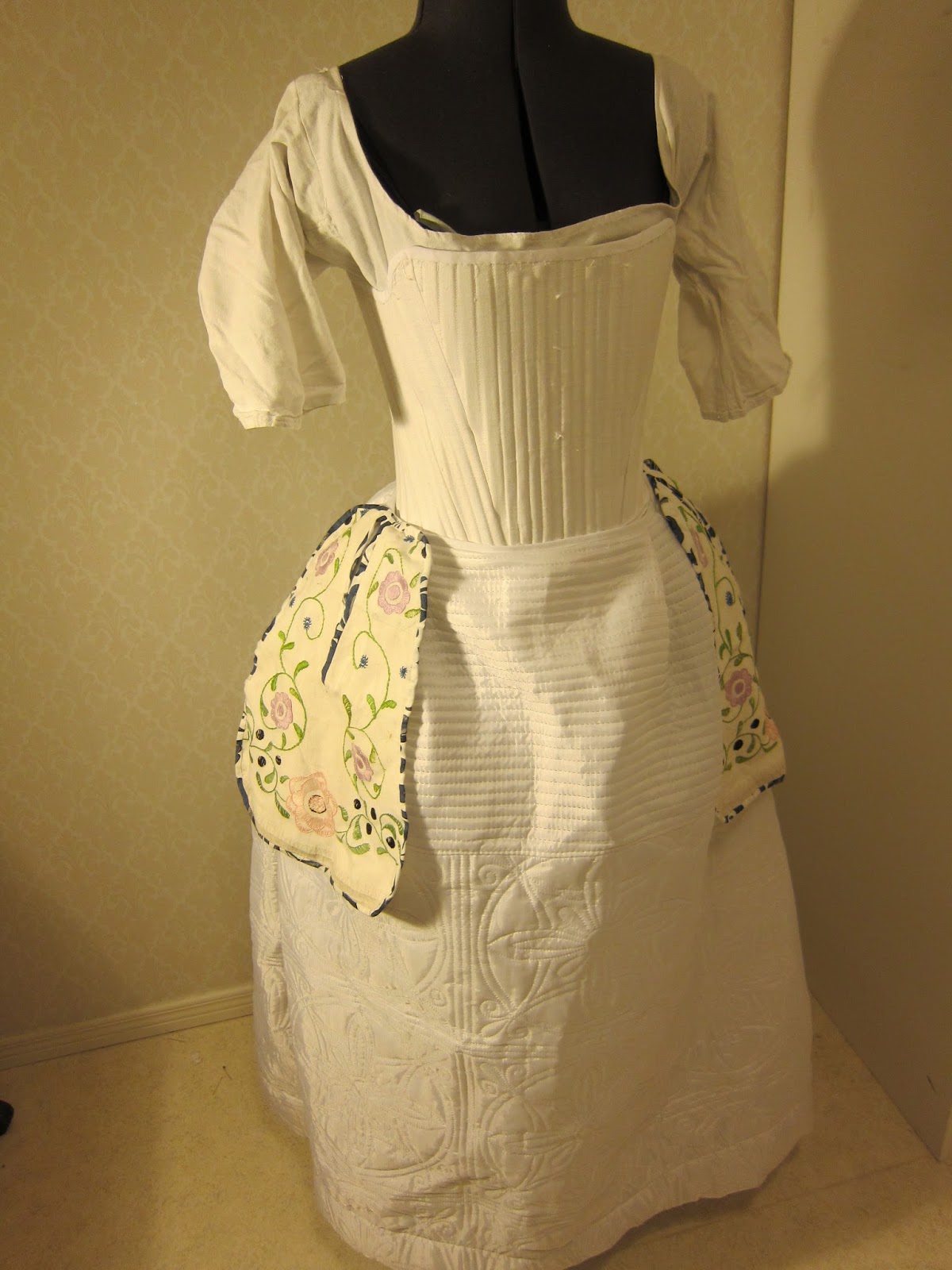 Then, it finally was time to move on to the parts meant to be seen.