When looking through old photograps on my computer, I found pictures of my first ambitious historical costume - a Tudor gown. It took a long time to make, but was made 2005-2007, and worn for a medieval fair. I was very proud of it then, but ended up taking it apart, as the sleeves was too tight - I could barely raise my arm high enough to be able to eat... 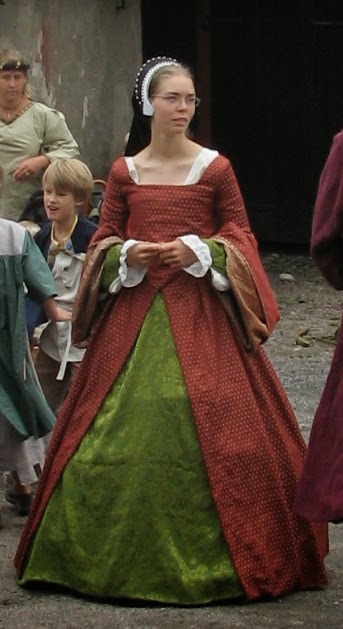 When looking at it now, I can see two things that would have made it look much better: a petticoat and some trim. A petticoat would have hidden the rings of the stiffening in the farthingale, that is now very visible through the skirt. A simple petticoat between fathingale and skirt would probably have improved the look a lot with only a small sewing effort. The second thing, trimming, would probably have been slightly more time consuming. However, a noblewoman's gown without trim is just not looking right. 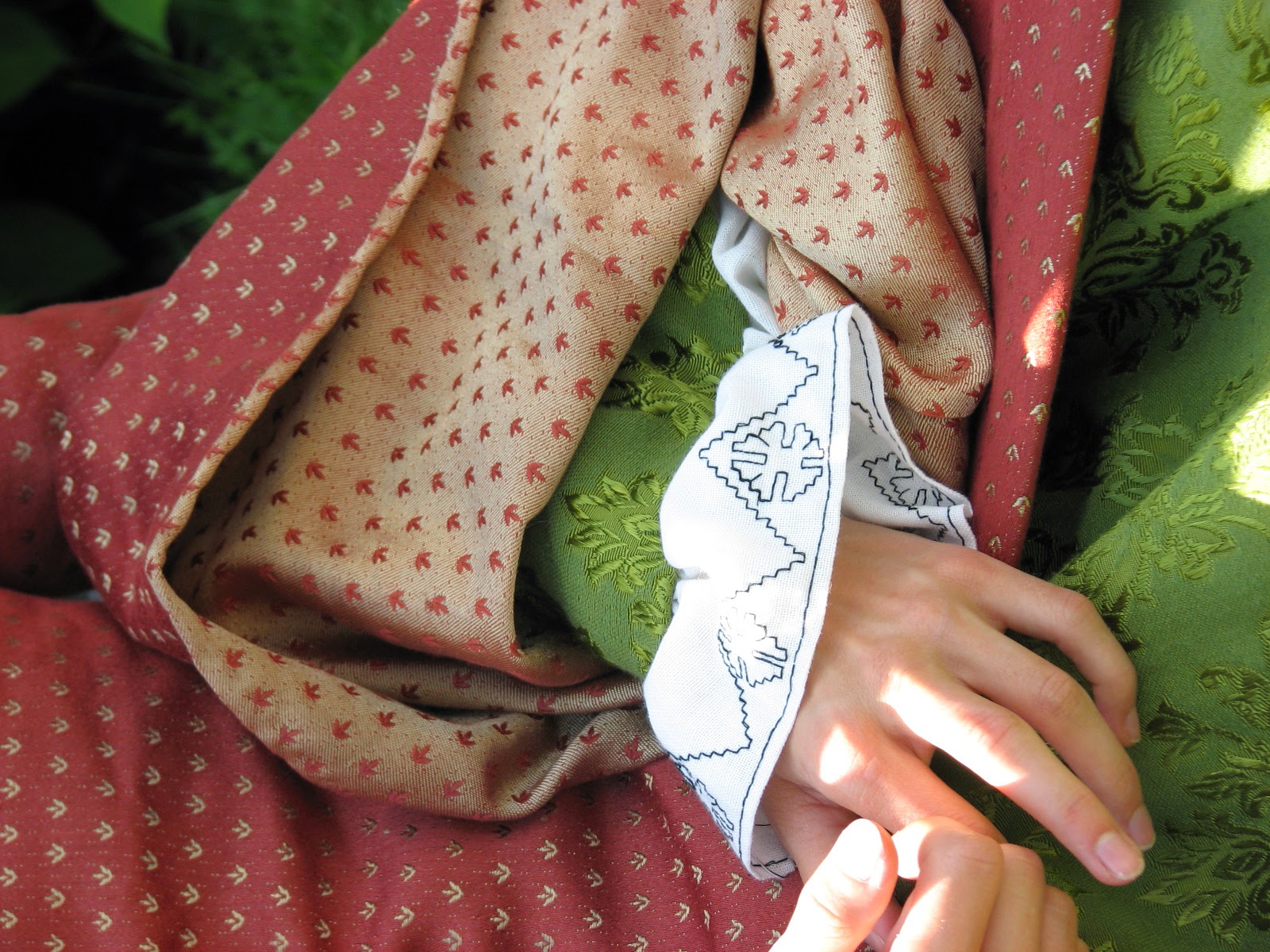 That can be seen from the fact that the two parts I still do like with this gown is the sleeves and the hat. These two are the parts where I made an extra effort with the details. The sleeves have embroidered cuffs, and the hat is beaded and made from a proper pattern. (The rest of the gown was drafted by me from some instructions on internet, since the only pattern I knew of then was the Margo Anderson pattern package, and I thought that was too much money.) 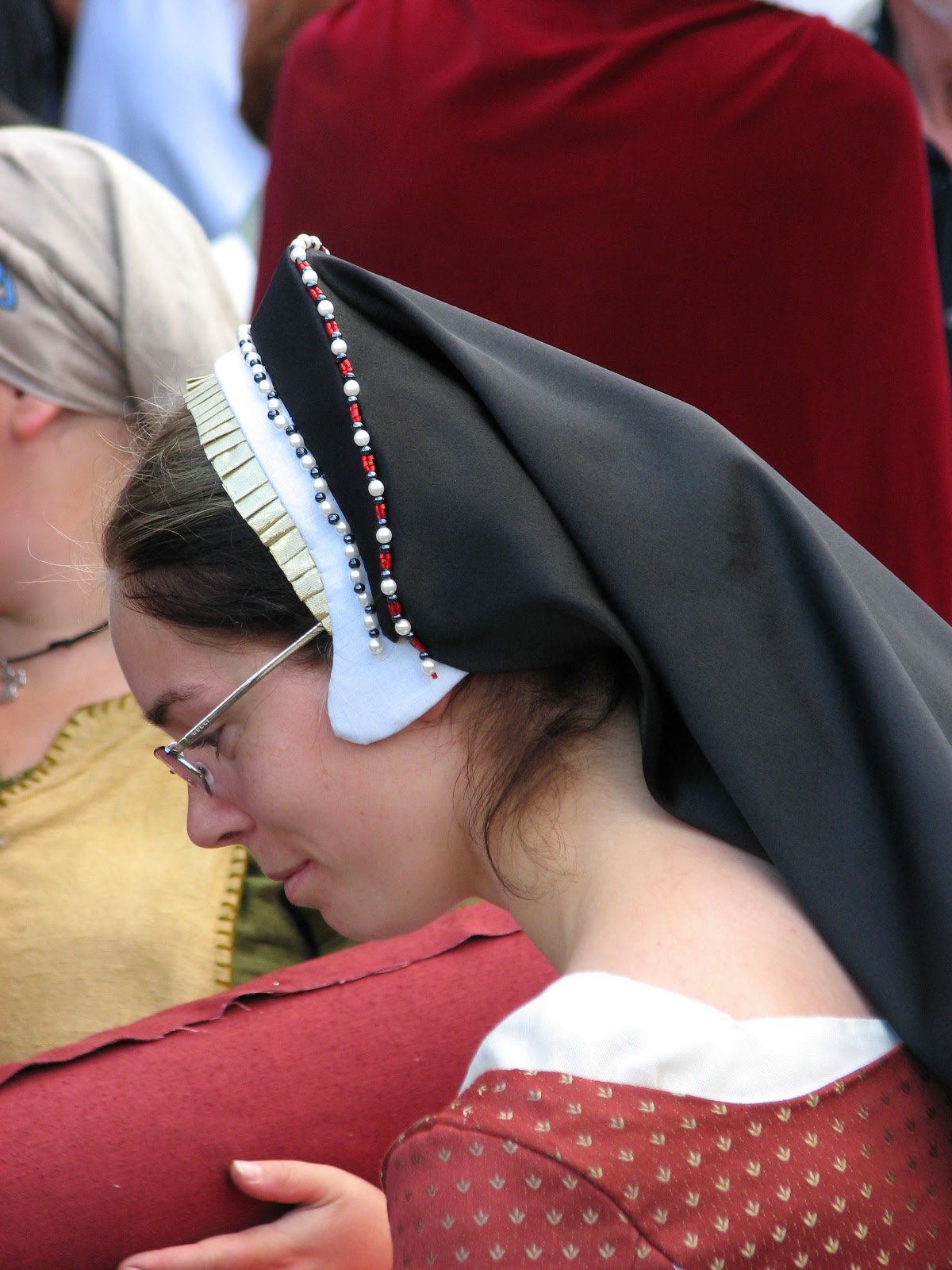 Looking at this dress, I also am very grateful for the massive amount of information that can nowadays be found on the internet. When I made this dress, I had found one website with costuming instructions and a few other with period portraits, so it was not that much to base a costume on. It was also not an option to purchase stuff like boning on the net: the farthingale is stiffened with the long thin coiled metal band that is used to fix the problem when the plumbing is backed up. The staff in the hardware store looked quite curious when I, a 18 year old girl, asked if they could find me more than two of these...

In summary, I learned four things, and afterwards some of them feel quite obvious: