When I found out that there are two interesting events in the time period 1840's-1860's, one of them here in Linköping, I realized that I "needed" a new gown. That meant deceding where to start with an entirely new time period - somewhat a challenge in itself! I enjoyed a lot of time browsing pictures of extant dresses on Pinterest, to try to decide more precisely what to make. Making an corded petticoat seemed to demand way more patience than I think I can muster, so that narrowed down the time span to steel hoop era, 1856 and on. I also wanted a circular  hoop, not elliptical, in order to reuse my Tudor farthingale. Another guide in choosing was that I wanted a dress that was made of colourful and patterned fabric, so that ruled out the sheer muslin dresses. Finally, I decided on a model to use as inspiration. As a bonus, that dress turned out to be one of the dresses in Janet Arnold's Pattern of Fashion! That settled it - pretty dress, and a pattern drawing and description. It is from 1861/1863 and made of a patterned silk.

In my version, I found a printed rayon fabric, dark blue with flowers in lighter blue nuances. The drape of the fabric is probably very different from that of a silk, but I liked both the pattern and the price, so it will have to be good enough. As a first time dress in a new time period, it is nice to be able to buy some extra fabric and not have to worry too much about wasting fabric if I would make a mistake in cutting or sewing.

I started of by modifying the farthingale from the Tudor dress to be  a bit more bell shaped and less like a cone, by adjusting the circumference of some of the hoops. Then I made a petticoat to go over it (lesson from the Tudor gown - never skip the petticoat!). I used the free hoop petticoat pattern from Truly Victorian, but with old sheets instead of eylet fabric - less pretty, more hemming, less cost. 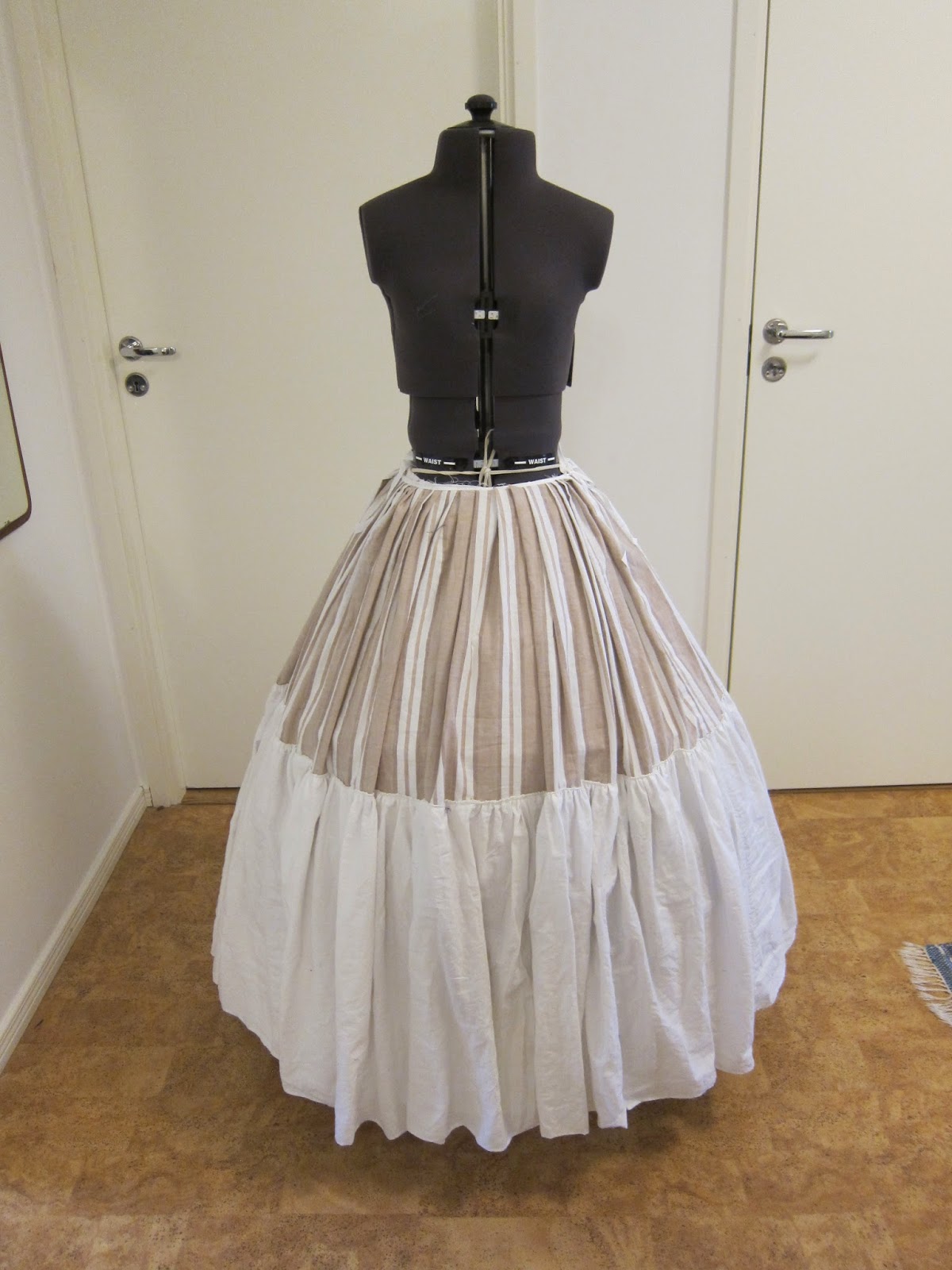 Then, I started with the skirt, using the Patterns of Fashion pattern as a guide. I flat lined the skirt with a light cotton, as the rayon fabric is quite soft and don't want to lie still when I was working with it. It seems that skirt if this time could be either flat lined or made up with a separate lining, so I just chose the most appropriate for my fabric. Pleating 4.5 m of fabric onto the waist band was a bit of the challenge, and it turned out to be just as bulky as Patterns of Fashion said. Let's just say I understand why skirts became gored instead of straigth just about this time... I like the look of the double box pleats thou. Here is the skirt, done except for hemming. I will skip hemming for now, while deciding if I have time and patience to do all those wedge shaped cut-outs on the hem that my inspiration dress has. 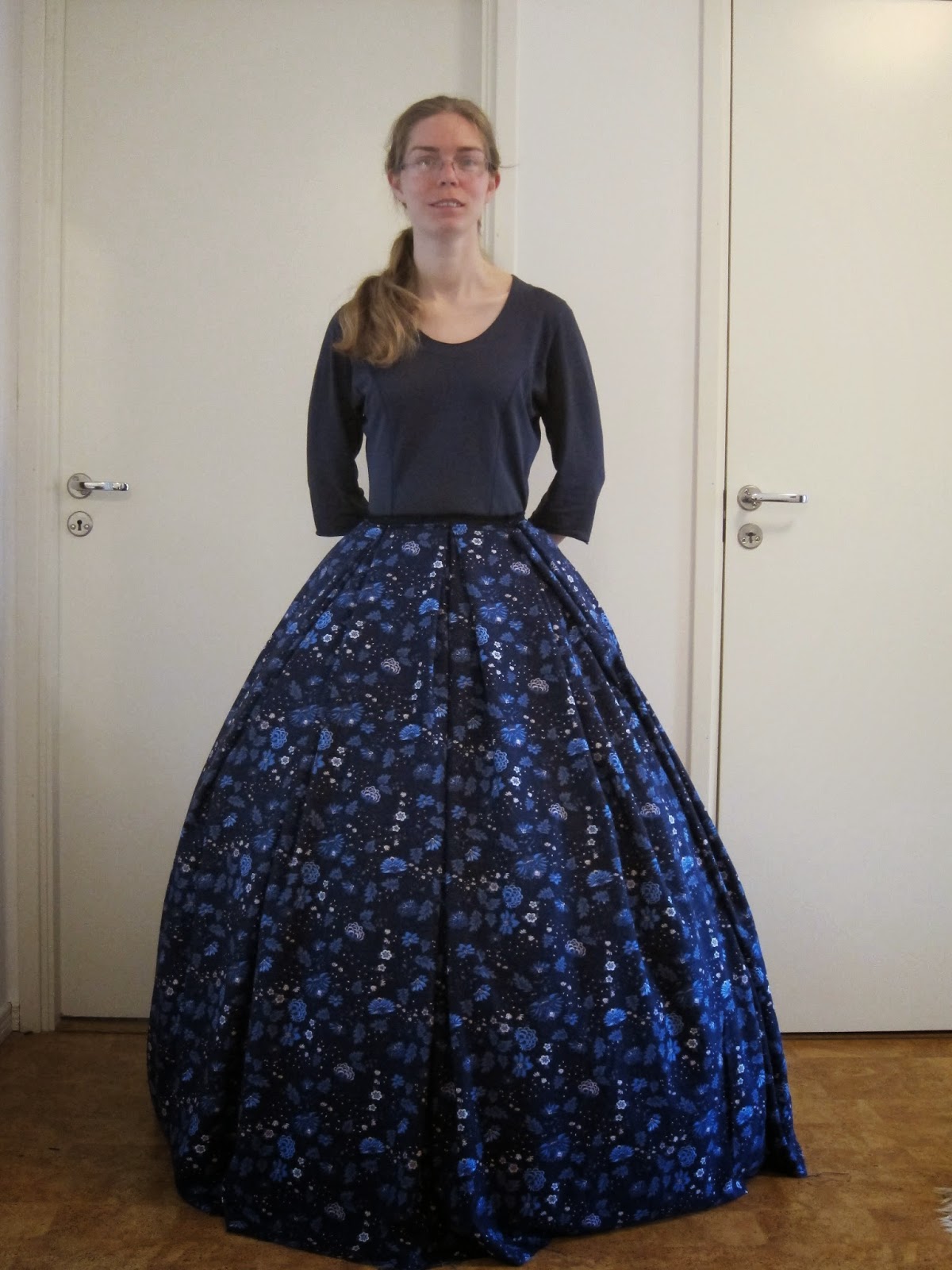 Now - eagerly waiting for the pattern for the bodice to arrive!